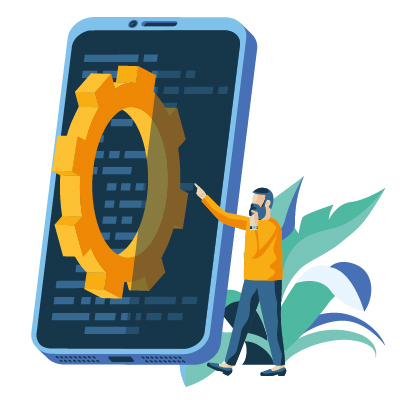 As "Android" is the most commonly used operating system for mobile devices, and has been developed by Google based on Linux and has great potential. The latter is particularly evident on the basis of current user numbers. It has now been estimated that more than half of all German people have a Smartphone. The advantage of this web-enabled mobile phones represents the possibility of their individual design.. So may be supplemented by functions of the user request and therefore the user interface of smartphones are individually decorated
The primary aim of the programming of apps for smartphone users is the development of appropriate functions for every situation, which is sufficient of enthralling games to useful tools in everyday life.

The programming of android apps - what to keep in mind

The Android Market is constantly expanding by Google. Reputed manufacturers such as Dell, Samsung, Motorola, Sony Ericsson, HTC and Nexus invest in this future market. The basic structure of Android is thus used in a variety of ways and thus always improved. The vendor-specific adaptations of the Software by Android Apps are difficult to program. Because, in contrast to the Apple producers, only a limited number of devices and operating system versions available to the consumer, there is almost an infinite range of Android devices and versions. However, in order to achieve a quality result, with the Android app programming a wide variety of criteria have to be met. This includes, for example, the display resolution of the respective terminals. Structure and function of the user interfaces and the design must be responsive to the individual needs of the individual devices.

The implementation of their concepts

You want to realize a Android app? Then you are exactly right with Apps Agency. Our team consists of experts in the design, programming and successful marketing of Android applications.

As a group of experienced Android developers, we know what is important in the Android App Programming and assist you in planning and implementing your concepts. Factors, such as the estimation of accruing costs, and in the feasibility of the Android app development, we speak with you about them in advance. For the success of an app also the right choice of devices and to support the appropriate operating system version play an important role. We will help you with the appropriate selection and will be happy to advise you in all matters relating to the topic Android app. We are, of course, available to you as a competent and experienced partner in all phases of the Android app programming to the side and also for further services after the end of the project. Just contact us! We are already looking forward to realizing your Android App.