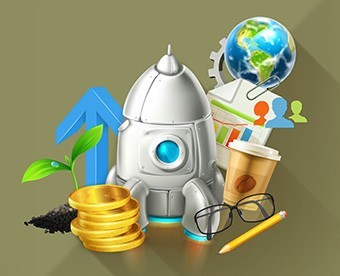 How long will it take to develop an App?

Many customers and interested parties present us with the question, how long it will take until the app is ready. As well as the problem of the cost of an App there is no flat-rate or simple answer. Instead, the time needed depends strongly on the respective app project. The more complex the application, the more complicated the design and the more extensive the required functions, the more time will pass until the completion of the app.

The following table shows clearly how long it takes until the first release is finished depending on the difficulty level of the app on average:

Also, don't forget that an app development agency like the Apps Agency usually does not work only on a single project, but several apps are simultaneously developed. Therefore the above mentioned values are only indicative and not binding statements. The completion of a partially designed app is not as long as specified. In exceptional cases and in particularly complex projects it may happen that a longer development time must be planned. As a rule, however, it is already possible at the beginning of the app programming, to assess the duration of app development.

Characteristics of a simple App

Under a simple application we understand an app that satisfies the following points:

Characteristics of an average App

On average a complex app has the following characteristics:

Characteristics of a complex App

Most business applications are quite complex in terms of scope. The following characteristics are in such apps are the rules: