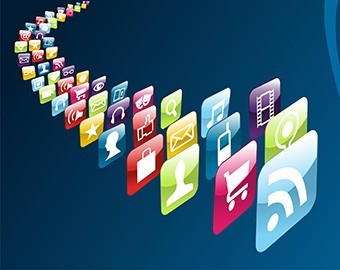 We compare for you modern App-Frameworks. Whether Ionic, PhoneGap, Framework 7, Sencha Touch, Appcelerator Titanium or more. Here we present just before the respective app frameworks.

The Ionic Framework has established itself in recent years into an established technology for app development. Ionic is based on the Angular-Framework and also works as well as most other frameworks also with features of Cordova. In this way provides the Ionic Framework native source code for Android, iOS and Windows platforms ready. Ionic is particularly used when high value on a user-friendly interface, an intuitive design and ease of use of the app is laid.

Therefore, there is therefore a Frontend-Framework in ionic. It has its own command-line tool and allows the programmer, with numerous basic functions for apps development to advance quickly. He thanks to Ionic can a modular CSS Design and on methods, variables, and invoices within SASS. The Ionic framework has the great advantage that the programming with HTML, JavaScript, and sat is very fast, because the code is kept simple. The framework is also easy to maintain, and easy to scale.

There will be regular updates to the functionality with a new one of their own features to expand or the previous functionality to complement the features of the competition In addition Ionic offers special tools for gestures so that the programming on mobile devices is even easier.

For the development of hybrid Apps PhoneGap is a valuable help. Here the developer can put his knowledge of JavaScript and HTML5 into it and simultaneously develop an app that runs on all platforms. With the open source PhoneGap framework a normal website based on modern web technologies such as HTML5, CSS3 and JavaScript is initially created. Subsequently, this mobile web app can be embedded using PhoneGap in a container to provide a support for currently seven mobile operating systems. The big advantage compared to a regular web app is that thanks to PhoneGap also the hardware of the respective devices can be used. This is not the case with traditional Web apps, which is why the Apps has only a limited set of capabilities.

Thanks to PhoneGap app developers can address the native functions of the mobile terminals and access around the camera, the memory or the motion sensor, without be incorporated into the API of each system or having to master even special programming languages such as Objective-C. Developed with PhoneGap apps have this same functionality as native applications, and phone calls can trigger use Geolocation services, access the Address Book and the camera. Moreover, apps programmed with PhoneGap apps, unlike normal web apps can be commercialized through the respective app store Android, Windows or Apple.

jQuery Mobile Framework conceals a JavaScript library. It has been designed from the jQuery-Team and is constantly being developed. The framework is based on jQuery UI for DOM-manipulation. Developers working with jQuery Mobile can easily and quickly create mobile web apps that work regardless of the platform and the operating system on all mobile devices. Compared to other mobile frameworks convinced jQuery Mobile primarily from the fact that it is so easy to integrate. In addition, more mobile devices are supported as for example in the comparable Framework Sencha Touch. The developers of jQuery Mobile place great value on responsive Web design. Thus, the mobile apps are displayed optimally on large tablets and small smartphone displays.

The Framework does not prescribe code structure. This allows the developer flexibility to deal with it. The object model of jQuery Mobile has been designed from the jQuery team, realizing it manageable. In particular, developers who have already gained experience with jQuery, the work falls with the framework easily. This fast development results are guaranteed. Using the jQuery mobile frameworks it is also possible to create simple apps in pure HTML, so no Java Script-Kenntnisse for less complex applications are necessary. A further advantage: controls that were once created with HTML, can easily be reused later.

Framework7 is a free, open-source framework, with which the hybrid mobile apps or Web apps can be developed. The Framework supports both iOS as well as Android and offers regardless of operating system the Look & Feel of native apps. The biggest advantage of Framework7 is that for the programming of iOS and Android-Apps only HTML, CSS, and JavaScript are required. This lets the Framework developers all freedoms that they need so that a flexible development based on the individual customer requirements is possible.

The biggest drawback of Framework7 is also a great advantage: because the framework is not compatible with all platforms, but only with iOS and Google Android, it supports these two systems perfectly. Therefore, the Framework7 programmed hybrid apps act like real native apps and provide high usability. If you want to develop a hybrid app for iOS or Android, and no support for other operating systems is required, it is therefore well advised to use Framework7.

With Framework7 programming an iOS or Android-App is as easy as creating a normal web site. Everything the developer needs to do is to write a simple HTML Layout and attach the necessary CSS and JavaScript files. Compared to other frameworks thus no JavaScript knowledge is required.

The Framework Sencha Touch opens the app developers when programming an application new, innovative ways. The technology makes it possible to combine all the functions, the look and handling, which offers a native app with the advantages of a fast adaptable and running on all platforms and web app. The apps that are developed using the Sencha Touch framework and modern web technologies such as HTML5, CSS3, JavaScript and PhoneGap, meet the highest quality requirements and are furthermore also more cost efficient.

Especially when it comes to enterprise development, Sencha Touch is hardly an integral part of the everyday developer. The framework works with ExtJS, a well-known JavaScript framework that is valued for its powerful capabilities. Sencha Touch provides, like many other frameworks prefabricated designs and widgets for all systems that are based on iOS, BlackBerry or Windows. One of the major advantages of the Application-Builders is the easy-to-use drag Drop-Interface.

Kendo UI Mobile is a popular framework for the development of hybrid Apps. It is based on jQuery and provides developers with numerous finished j Query-Widgets. The tool comes from the US-american Software incubator Telerik. A major advantage of the Framework is the Theme-Builder . It allows not only material design, but also to create entirely separate and individual themes. The Kendo UI Framework is compatible with both angular and the Bootstrap UI Framework. It has in particular as well as Sencha Touch an excellent reputation in the field of enterprise development topics. There is a framework not only in a commercial version, but also in a free version.

With Kendo UI Mobile professional results are guaranteed with the App Development. The developed apps have the same level as applications that have been programmed with jQuery Mobile and are therefore highest standards of quality. The core functionality of Kendo UI Mobile, however, differs greatly from the jQuery technology: Here is not created as a private jQuery Mobile app design that looks the same on any platform. Instead, develop the Developer using the Kendo UI Mobile Framework, with prefabricated UI Widgets. These automatically take when deploying the look and feel of the desired target platform. The finished Apps are therefore indistinguishable from native applications.

The Framework Appcelerator Titanium is an alternative to PhoneGap. It is a cross platform, open source framework that works with JavaScript. The titanium Mobile SDK is released under the Apache 2.0 license. The goal of Titanium is to develop a rating based on Javascript cross-platform runtime the framework is compatible with iOS, Blackberry and Android. In the future, it will also be supported by Windows Phone.

In order for the development with Appcelerator Titanium to work, have the appropriate SDKs installed locally. For iOS it involves XCode while Android requires Android SDKs. After you install the developer communicates over the Titanium studio with SDKs. In this development environment the programmer can develop the logic in JavaScript and configure the app in XML files, With Appcelerator Titanium Apps are generated that have an intuitive interface and ensure a high level of user satisfaction.

Compared to other frameworks Titanium does not pursue the goal of developing Apps that look the same on all platforms. Instead, there is the sense of making the benefits of the respective systems and exploit the apps to the look&feel of the surroundings. The user should feel a kind of familiarity with the operation of the application. Through the platform-specific functionality and the performance of native apps expectations of users are satisfied.