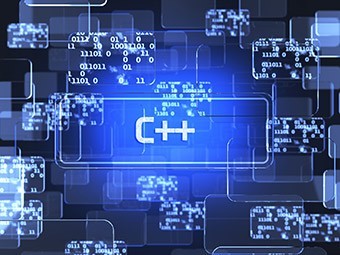 Put your App developing trust in our C++ developers

From the first vague App idea design to the finished app, it is often a long and bumpy road. In this way, the Apps agency would like to supports you. This also applies, if you are interested, to your mobile application using C++ to develop. Our team comprises many C++ programmers with many years of know-how.

C++ also now enjoys a growing popularity in App development. Regardless of whether it was about Apps for Windows, Android or iOS, it is becoming more and more prevalent in particularly power-hungry applications in part or completely developed in C++. If you would like an app and you want to program in C++ in the Apps agency, you are exactly at the right address. Our C++ programmers will be happy to create your idea to your specifications and assist in the ascertainment of your idea of the design, from the design to the actual implementation, so you will soon see the first test runs of your own app.

C++ for the use and range of benefits in App development

As an efficient programming language, C++ in the App development offers some advantages, to not only you but your users who will use the app later:

Are you curious? Then just contact one of our C++ programmers and let them advise how the C++ programming language can improve the functionality of your app.