Costs of the App Development 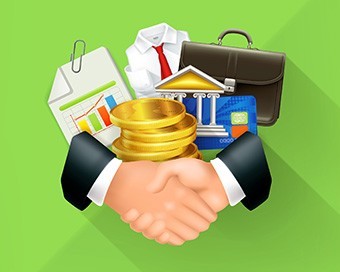 What are the costs of the development of an app?

As a professional agency for App-Programming we are often asked before a job, if app development costs are high. The answer we usually give goes something like: "The costs vary according to what exactly you plan!" In fact, among other things it depends on what your needs are and how complex the design is the technical implementation.

On which operating systems you want to run the app?

Of course, you want the app on the smartphones to work. But it remains to be clarified whether it is really necessary for the app to run on all smartphones. Since the decision, with which operating systems the app should be compatible, the choice influences how expensive the app will be eventually. Current Apps should at least run on devices with iOS of apple and Google Android. But also the slightly less popular Windows Phone is becoming increasingly popular with smartphone fans and then there are the BlackBerry users. If you want your app on all possible platforms running smoothly, the app development costs rise at least for a native app.

Native, hybrid or Web App - what type of app should it be?

A native app is the most desired. In this case we develop an app, which is tailored very specific to a particular platform. This has the advantage that the app works reliably even with complex requirements. In addition, a native app has the ability to access the hardware of the smartphone, for example, the camera. Thus, it is above all, for professional applications. Depending on the complexity of the app are the costs for such a program are accordingly high.

The Hybrid App is more favourable. It is cross-platform and can therefore be used on the most popular mobile devices. It will be developed using frameworks. This is a technology that is well understood by all devices alike. A hybrid App in the rule can be implemented faster and therefore more cost-effective. It is well suited for simple applications.

The cheapest way is the Web app, which is strictly speaking not an app, but rather to a Web site in HTML-based. But it is specially programmed for mobile devices. Although you work web-based, it acts like a native app visually. It is recommended whenever no complex functions or hardware accesses are required. For applications where content needs to be updated frequently is the Web app also perfect. Unfortunately, it only works, if there is an Internet connection.