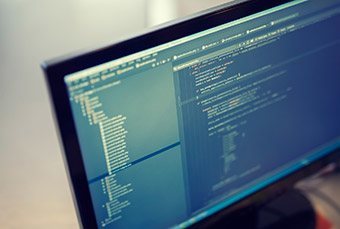 You are looking for a kendo UI developer? You will find it in the Apps agency!

The mobile area is becoming increasingly important for software developers, because the demand for modern, innovative applications is high. However, it is not only native apps that are popular, but also web apps are in vogue. It is very important that the user interface can be used intuitively and elegant all at the same time, especially in the mobile web App area. In addition, the application should be optimized for all devices. Regardless of whether the web App is used on a smartphone with a small display or on a tablet with a large screen, all the texts and images must be visible.

If you have an idea for a Web-App, and a very intuitive interface is of great importance, it is essential that you contact our Kendo UI Agency. Published by the American software company Telerik, Kendo UI framework is based on HTML5, CSS3 and JavaScript and supports programmers in the creation of graphical interfaces for mobile applications.

As a Kendo UI agency, we have great know-how experience with the popular framework

Thanks to the frameworks, our Kendo UI developers are able to realize various platforms using web standards for native user interfaces on a variety of platforms. For this reason, the framework uses a wide variety of predefined UI-widgets, so the most common components, such as lists, tables, and buttons, can be integrated easily into your own app.

During the term of the application Kendo UI provides, the style of the current platform is transferred to the various components, such as the items in a native app, like action buttons, lists, and tables. For this reason, the dream of kendo UI developer as a platform to create independent and universal Apps is a little closer.

Thanks to our Kendo UI agency you can enjoy many benefits

The framework Kendo UI is so popular with many programmers, because it offers a wide range of benefits, which App users can only benefit from:

Did we arouse your interest? Then simply contact our Kendo UI Agency by phone or by E-mail to allow our experienced Kendo UI developers to provide you with an easy and visually appealing app.