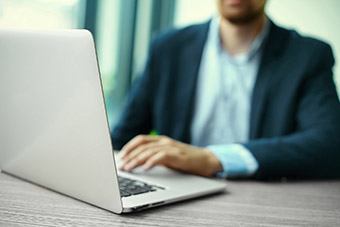 You’re looking for Swift developers for your iOS-Apps?

When it comes to the development of iOS-APPS, the Objective C programming language plays an important role. However, Apple recently announced a new, innovative and powerful programming language that can be used for programming iOS and Mac apps: Swift. It offers the possibility of multiple expansions to the functions of the applications and gives developers a new freedom in work.

You have never heard of swift, but you’re interested in powerful iOS-apps? Do you have an idea, but don't know how you can implement this using Objective C? Talk to our experienced Swift agency, because we’ve had very extensive experience with the intuitive programming language we’re collecting, and we’re more than thrilled!

Our Swift programmers will be happy to assist you

The Apple-developed new programming language, Swift, is designed specifically for advanced developers. Thanks to them, it is possible to program a generation of completely new and innovative apps that will impress you. Immediately after the introduction, our Apps agency was naturally curious, and I wanted to find out what is possible with Swift. From the beginning, we were so thrilled to share this passion for Swift that we would like to share with you.

There is a possibility to develop an App partially or completely in Swift and to write a fast and efficient app, because Swift can communicate in real-time and can be seamlessly integrated into an already existing Objective-C embed code. You can write the source code that is both safe and secure. You’re curious? To find out more, please contact our Swift agency, so we can discuss the implementation of your iOS-app with the Swift programming language!