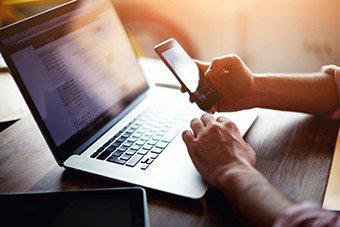 Applications for Windows phones are usually with C# and the .NET Framework programming. Unfortunately, such apps have also a disadvantage, because they will work only on Windows and not on mobile devices based on iOS or Android. If you want to develop in C# App idea so that all the platforms should be interoperable, you should contact our Xamarin agency. Our team comprises Xamarin developers with a great deal of know-how and experience to ensure your C# -App on each operating system is up and running!

You can rely on the Xamarin expertise of our agency

Xamarin is a company by the founders of runtime. Mono is the name for the cross-platform implementation of C#, the .NET Framework and the CLR world. It also works on Linux systems. It has now succeeded in launching Mono version Xamarin, and is suitable also for Android-Phones and iPhone. This means in plain English: thanks to the tools of Xamarin, there is the possibility of using a C #and .NET mobile application that does not run in Windows only, but also on iOS and Android.

In particular, the programmer will have a great deal of know-how in the C# -development, because a Xamarin developer in particular must fit in C# and .NET, so that an app is running on almost all mobile devices. But also an existing app that was developed in C# using Xamarin can be adapted so they also can run on iOS and Android.

So in principle a Xamarin developer can have an application in C# and .NET programming, which is not only running in Windows-Phones, but also for the most popular mobile platforms Android and iOS is available. This technology will not only benefit our Xamarin developers, but also you, if you want an app that runs on all operating systems.

Did we arouse your interest? Then simply contact our Xamarin agency and speak to our experienced Xamarin developers. We will be happy to help you and ensure that you will soon receive a functional App that is up and running, both on Windows phones, as well as on the iPhone and Android-Phones.