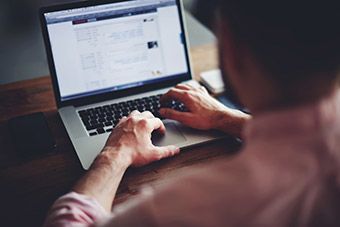 You have a unique idea for a mobile application, but it fails in implementation? If you would like to be able to run your app on iOS, the operating system for mobile devices from Apple, you cannot get Xcode. If you have no experience with this development environment, we recommend that you contact our Xcode Developer to make sure your app later runs correctly and meets the demands of the iPhone-User. Our Xcode agency would be happy to assist you with any questions and problems, relating to the development of iOS Apps.

Our Xcode Developer to produce your ideas

Xcode is the name for the development environment from Apple, which is used to program and write Apps for iOS, Mac OS X and watchOS. The tool offers the possibility to manage projects and data, to write code, as well as the programs to compile later. Also, use the Xcode Developer Tool for debugging the iOS applications.

The software is available only for the Mac OS X operating system. Programming with Xcode is not possible if you only have a Windows PC. Xcode is mainly used to develop Objective-C and Swift using the Cocoa-Frameworks for powerful apps for iOS. In principle, the programming languages C++ and C are involved. The development environment Xcode is modular in design, so that tools in other languages, like Pascal, Perl, Ruby, and Java, can be written.

Trust our Xcode agency and enjoy the benefits of iOS-App

The iPhone and iPad are among the most popular mobile devices. Your idea can be created through our Xcode agency as iOS-app, so you are guaranteed to be correct, because this will allow you to benefit from the following advantages:

Don't hesitate any longer and speak our Xcode agency. Many experienced Xcode developers will gladly help you with advice and assistance, so your idea will soon have a fully functional app.